All You Should Know About Windows Azure Applications

Windows Azure Applications are counted as unique and find extensive application in varied IT functions. These applications have emerged as a perfect replacement for working on applications in place of working directly on the dedicated, local servers or OS-provided infrastructure. Both the platforms pledge similar functionality and their solutions are quite reliant on fundamental aspects related to their respective architecture like messaging, database storage, caching, and security. 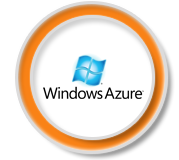 Developing any data on Windows Azure does not require extensive knowledge of “Azure” language. Neither does it demand familiarity with other development environments nor does it require learning different API stack that can be worked for a new OS. To define it simply, using Azure is a type of programming that can be taken up in the .NET language of anyone’s choice. It also includes broad usage of Visual Studio 2010 in which a code executes on virtual machines (VMs) that are further run on guest OS, another variant of Windows Server 2008. To count as a unique benefit, Azure is also capable to support development on a number of open-source platforms.

As a developer, one must be aware of the options and should be equipped with the exact service that can be used as a reliable solution. There are many related questions with respect to Windows Azure Architecture that are frequently asked and answered. These questions basically pertain to its storage, execution, security and other related aspects. Some of these are:

Where can I run this application?
The answer to this is quite simple. Whenever you gain access to executable code which can be run (with regards to website, automated processing routines, web services, or server applications); you can go ahead, deploy and can run the same within Windows Azure Compute. The compute is all equipped to perform three distinct roles which aim at addressing the specific needs of different applications. The roles specified under this category run as VMs hosted in varied Azure data centers.