Want to launch fast, robust, and scalable applications? Combine Angular with Asp.Net Core. The two most prevalent frameworks can be utilized by integrating to build a top-notch app experience for your end users.

.NET Core is one of the most famous .Net frameworks created by Microsoft. Released in 2020, it intends to be lightweight and modular. At the same time, Angular is a component-based framework for creating scalable and single-page web applications.

Moreover, Angular is considered the most well-known web framework among professional developers. But you can create cross-platform apps with the expertise of an independent codebase and flexible UI stack at a budget-friendly rate with the combination of Angular + Asp .Net core.

Still, wondering why .NET Core and Angular are the best mixes for web application development? This article has every piece of information you need.

Being an open-source, cross-platform framework, .NET Core is a real revolution in Microsoft’s approach to web app development. Enormous benefits of considering .NET Core are the following:

Modularity is the most significant benefit of choosing .NET Core for back-end development. The high community endeavors, brand-new memory allocation concepts, and Microsoft support made it extremely lightweight and multifold times faster.

Developers can construct effective, high-performing code with the help of the addition of core libraries and tool optimization. Because of the more straightforward upgrades and quicker development release cycles, .NET Core is now one of the top web frameworks.

.NET Core in integrating C# and F# needs less coding than other languages. So it is more convenient and readable. Consequently, app developers can optimize and structure the code for seamless performance. As minimal coding implies hassle-free maintenance, .NET Core applications possess assured support from Microsoft. It makes .NET Core consistent with every Microsoft product.

.NET Core is a top-notch open-source platform compared with the .NET framework. Every developer can avail of its seamless flexibility, offer rectifications and improvements, and propose methods to solve them. Furthermore, due to .NET Core’s extreme open-source community support, you may quickly adjust the existing solution in case it’s insufficient for your needs.

Connect with us today to get benefit from this magical combination of . Angular with Asp.Net Core. Outsource full stack developers from us to save 40% on your development cost.

Why must businesses consider Angular for front-end web development?

Angular has always been a favorite choice from a business and development aspect. Such a top-notch framework can function with a wide array of back-end languages while integrating user interface and business logic. Therefore, these are the most significant advantages of using Angular for robust app development.

As the Angular framework is highly effective at impersonating native applications, several companies are nowadays building cross-platform solutions. Front-end developers previously used the Ionic + Angular combination for cross-platform development. The combination of Angular with Native Script is now the most common.

#2 – Superior quality of the web application

Angular is a comparatively challenging and cumbersome-to-learn platform and needs adequate prowess during implementation. Furthermore, Angular is necessary for the product’s success as it has a complete collection of built-in features, which let you develop everything you can imagine.

Data synchronization between the Data Model and the View may happen instantly and automatically with the help of Angular. Therefore, the UI also gets updated when the data store updates. It drastically minimizes the development time as there’s no need to jot down extra code for Model synchronization and incessant View.

Professional .NET Core + Angular developers possess extensive knowledge and expertise in OOPS Principles and N-Tier architecture. In addition, the full-stack .NET Core and Angular developers have adequate analytical competency to tap into the business challenges and offer creative solutions with hassle-free implementation using the newest versions of the combination: Angular and .NET Core.

You will get the most out of the two vital web application frameworks by using .NET Core for the back-end and Angular for the front end of your web app. However, the possible reasons are the following:

Lower development expenses are the most common reason to combine Angular with Asp.Net Core. Hence, you might choose a full-stack developer, who will be responsible for all aspects of development, beginning from the server side and ending with the elements users communicate with.

The combination of Angular and Asp.Net Core stack is the best solution for developing a successful .NET Core web app. Both these frameworks possess truckloads of proprietary and open-source libraries, allowing you to accelerate the development process.

It’s worth mentioning that Angular is written in TypeScript, a sincerely typed language like C#. However, the TypeScript Syntax is highly similar to C#. Such an extreme resemblance results in fewer bugs and glitches and ensures you can utilize similar classes with minor changes.

You might combine ASP.NET MVC UI with Angular because of the flexibility of the newest ASP.NET Razor and the help of chosen modules from a collection of available libraries. In case you like back-end programming over front-end web development, it efficiently swaps functionality from client to server. This combination gives the major opportunity to attain the maximum speed for the first-page load while integrating with server-side rendering.

While building an Angular web application with the .NET Core back-end, there will never be any dependability of Angular code on the .NET code. If you decide not to integrate it immediately, you can host it in another repository. Such a fantastic feature might also be beneficial when you choose to develop an app since you would have the server side in place.

Combine React with NodeJS to Build a Clean and Performant Application 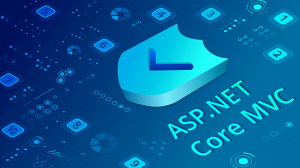 .NET Core for Web Development – When it’s not the Right Choice to Make?

Although .NET Core is a top-notch platform for every OS, it’s not as developed as other programming platforms. The .NET Core framework consists of a wide-class library, and not every one of them was optimized for .NET Core. Therefore, one of the biggest cons of this framework is it’s fresh and doesn’t have enough updated libraries.

Which Is Best For Your Business — Native App Or Cross-Platform App?

Angular for Web Development – When it’s not the Right Choice to Make?

Case #1: When you require maximum flexibility for third-party components

The requirement for twisting the extraordinary behavior is growing as far as Angular third-party libraries are utilized thoroughly. Morphing components or changing elementary behavior isn’t at all uncomplicated and might be a severe challenge for an inept user.

Hire full stack developers who are well-versed with web app architecture and skilled at alleviating risk.

The blogpost has discussed the reasons for creating a web app that combines Angular with Asp .Net Core. With its modular structure, asynchronous characteristic, and templating system, .NET Core will boost the app development’s security and speed, whereas Angular will increase its efficiency. Altogether, they both can create miracles for your following web development project thesis.