Introduction
DotNetNuke is a popular web content management system integrated with Microsoft .NET and the open source community. DotNetNuke (DNN) application development is a WCM system, which is the latest trend in the developer community. It allows a developer to build an application and content rich websites on the .NET platform.

Written in VB.NET, DNN allows developer as well as user to build their websites and applications with minimum technical knowledge. Apparently, the system later shifted to C# after 6.0 versions and got distributed under MIT license, commercial license, and professional license for each edition. 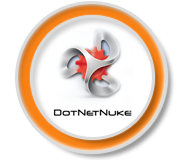 What are the insights?
The Application uses a three-tier structure model, which is a main framework that supports the modular design and helps developers to fix any bug. The dynamism of the DotNetNuke (DNN) application development lies in the fact that the application developed via the system can be executed with third party modules and can be updated after some time. The design and appearance can later be customized with the help of different skins. In addition, the 7.X.X version needs Windows Server 2008 or 2011 and corresponding SQL and IIS 7+ versions.

What is the History?
DotNetNuke has basically evolved from a project known as “IBuySpy Workshop”, which was created by Shaun Walker in the .NET framework. After the enhancements made in IBuySpy, the same was introduced in DotNetNuke, which could be used as an API with the framework for development of several types of web applications having different designs and skins.

Furthermore, the term formulated from adding the .NET term with Nuke because in that time and zone, popular words like PHP-Nuke and Post Nuke were there. And, today the term has become the registered trademark in both US and Canada.