iPhone Apps Development – Get An Insight

iPhones have been revolutionary additions to the mobile market. Launched long back in US market for the first time, these gained popularity and reached every nook and corner of the world. Absolutely sleek and compact in build, the iPhones are equipped with far great capabilities that endow absolute value for the money invested to the end users.

Before you actually hold an iPhone, you should carry out some research regarding the way these function. The touch technology is one of the coolest things, thanks to the advanced iPhone Apps Development. 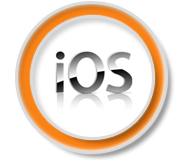 Talking specifically about the two types of applications, we have:
• Web Development
• Native iPhone Application Development

In general, all the web applications run on a browser using HTML, CSS and various other programming languages. As a result of such functioning, these applications generate dynamic content. Native applications employ iPhone Software Development Kit (SDK) to function; the kit imbibes inbuilt frameworks and other frameworks released by Apple. Given the fact that these applications work on different builds, the output generated is almost similar for most users. Isn’t this interesting?

iPhone SDK also employs Objective-C language, which is an expansion to the C language. The iPhone Apps Development usually functions on a different programming platform namely Android (Java) and Windows Mobile (VB.NET/C#). Objective-C language is slightly different and creates learning blockade for beginners using Mac OS. It is developed to be used throughout the iPhone OS’s frameworks. The entire functioning of handsets involves intra-exchange information of Windows, Views, Buttons, Sliders and Controllers to keep the program running.

The operating system features four layers namely Media, Cocoa Touch, Core Services and Core OS. All these layers are equally vital as each contains a variety of frameworks that help in smooth functioning of the application/program in function.