Is Windows Mobile Apps Development Worth the Efforts?

Microsoft has heavily pushed the Windows Marketplace recently as part of its wider attempt to bring developers for creating apps for the handsets. Nonetheless, due to the dominance of Google Play and the App Store in the West, is it really worth the time and efforts to develop apps specifically for Windows Phone? Let’s find it out by investigating the possible merits or otherwise. 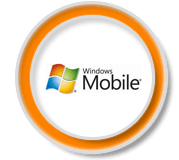 Creating Apps for the Windows Marketplace

The main dissimilarity between the Windows Marketplace and other stores is the crucial decision of Microsoft to utilize the C# programming language. Though C# is a variant of C++, which is the coding language utilized on iOS, yet the notions of C# signify that you will have port your apps to make them appropriate for the platform. Luckily, the overall opinion for Windows Phone development is good, so well equipped teams won’t be fazed by the challenge.

With reference to the stability of apps on the operating system, the dearth of handset diversity becomes a clear benefit. Although Windows Phone supports a broader set of technical specifications and screen sizes as compared to iOS, the Lumia series provides developers with a manageable testing sample to utilize in comparison to the Google Play store.

A great nugget in the kitty of Windows Phone is that Microsoft enables you to create beta versions of your apps and dole them out to chosen lists of testers by means of the store. While numerous developers will already be utilizing a service to deal out testing versions of their apps, this definitely becomes a great freebie for both new and experienced developers and this will also assist in closing the porting gap. In addition, it is a characteristic, which other stores are just now starting to get closer to. Thus, it adds to the credit of Microsoft that the organization possessed the indispensable foresight on the issue.

Nevertheless, there is a significant problem faced by developers that move to the Windows Marketplace. Windows Phone operating system is not presently optimized for the developers of tablet. The decision by Microsoft to maintain its range of Surface tablet with Windows RT, which is a minimalist version of the complete Windows 8 desktop experience, signifies that tablet developers have not much to look forward to regarding the platform presently.

Should you therefore reckon the Windows Marketplace as a feasible option for creating your app? The answer is that you should but this is probably not quite the right time for the same.

The platform has surely made tremendous strides in the past time, but there are certain issues that are to be rectified. Though the porting of your app is not really challenging, still the dearth of the tablet presence and a rather thin selection of the alternatives for app store optimization imply that it is innately fit for developers that are focusing solely on phones at present.

Thus, for those who have their apps optimized mainly for phones, the Windows Marketplace might be an alternative worth putting time and efforts at least in beta format. However, for those who are primarily tablet focused, it is recommended to wait for some time and see what more progress can be made by the platform in near future.